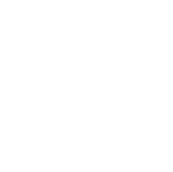 COMMON GROUND FEST WILL BE THE SPACE TO HOLD AND CELEBRATE THE CONVERSATIONS THAT INVOLVE US ALL IN THE INTERSECTION OF CLIMATE ACTION AND ECONOMY TO REPAIR OUR PLANET. 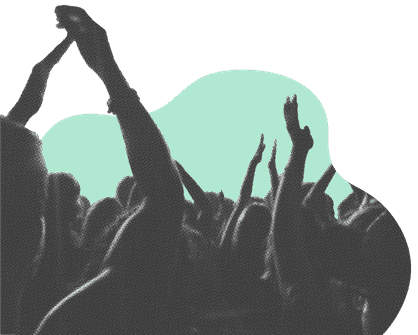 In November, the most important conversation in the world is taking place in Glasgow.  COP26 will bring together thousands of legislators, politicians and journalists to make decisions about our collective future.  The idea behind Common Ground is to create a space to include everyone in these conversations.

We believe that art and music have the ability to effect change from the ground up and to shift the conversation.

Because we can’t talk about the climate crisis without talking about the economy.

We must advocate for a system that prioritises the health of the planet and its people above infinite growth and consumption.

TRANSFORM THE ECONOMY TO SAVE the PLANET

Because we only have one planet, its survival is an issue of social justice,  and we need to find a way to build a common future. Because we all share the same planet and earth is already our common ground, let's build from that to regenerate our shared home. 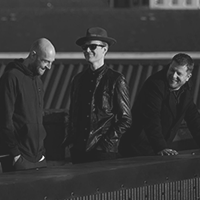 Glaswegian rockers, The Fratellis, have been out on tour promoting their recently released 6th album, Half Drunk Under A Full Moon, while also playing record in-stores to raise funds for their crew and the shops during the pandemic. Having penned one of the biggest singalong chants ever when they recorded ‘Chelsea Dagger’, they also released a version of the classic disco track ‘Yes Sir, I Can Boogie’ to coincide with Scotland’s appearance at the Euros. 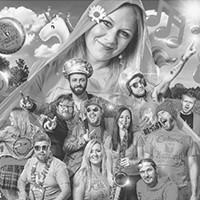 You can’t help but love a set by Colonel Mustard & The Dijon 5! They put so much energy and creativity into their sets, each one is a surprise. They strive to share their Yellow Movement message, sharing peace, love and happiness through creativity and have managed to spread it as afar afield as festivals in both North Korea and South Korea. Fresh from their Main stage slot at Playground Festival, they are continuing to spread their yellow message everywhere. ‘Ted Dancin’, the second single from The Difficult Number 2 second album, made it to the Top 10 in the Official Scottish Charts. 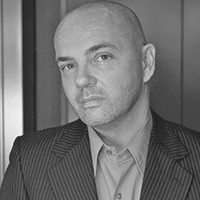 PAT KANE is a writer, musician, curator, consultant, activist and futurist, primarily based in Glasgow and London. He is the author of The Play Ethic (Macmillan, 2004), and has written for the Independent, the Sunday Times, the Guardian/Observer and Scotland’s Sunday Herald, of which he was a founding editor in 1999. Currently a columnist with The National, Pat’s forthcoming book is Radical Animal.

The Play Ethic is also a creativity/innovation consultancy that has worked with organisations like Lego, BT, BBH, Nokia, Dentsu Aegis, the UK Cabinet Office and the UK, Scottish, Australian, South Korean and Mexican Governments, among many others. Pat keynotes globally on the power of play, creativity and innovation, in the last ten years speaking in Seoul, New York, Billund, Dublin, Washington, Istanbul, Dubrovnik, Budapest, Barcelona, Berlin and beyond. Pat is also currently the lead curator of Nesta’s FutureFest event - in his words, “A Glastonbury of the Future”. He is also co-initiator of the new political platform The Alternative UK. And he is still one half of the 80s pop duo Hue And Cry. 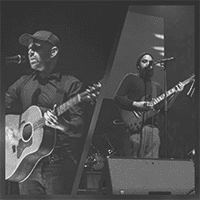 Conformed by Willie Campbell, hailing from the picturesque Isle of Lewis and Scottish / Indian artist Kapil Seshasayee from Glasgow. Campbell co-founded The Reindeer Section alongside Gary Lightbody from Snow Patrol co-fronted Astrid and has been championed across the BBC, by The Guardian, The Herald and toured the world. Seshasayee has been featured by everyone from Pitchfork, VICE, BBC, The Guardian, The Quietus and Rolling Stone India to name a few. His debut album A Sacred Bore explored the horrors of the Indian Caste System both in India and abroad. Musically speaking, they're not the most obvious of collaborators, but as part of Common Ground Fest, they've teamed up and are co-writing an EP exploring the wellbeing economy, and climate change.

Campbell said of the collaboration,

"One of the benefits of modern recording is that you can collaborate from anywhere. Kapil and I have been exchanging voice memos and rough demos of songs and stitching ideas together that way. The EP is going to be recorded and mixed before we’ve even met each other! We're aiming for release on Friday 5 November the day before we play Common Ground Fest at QMU.” 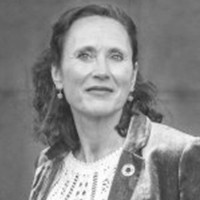 SANDRINE DIXSON-DECLÈVE
Co-President of the Club of Rome

Sandrine Dixson-Declève is currently the Co-President of the Club of Rome. In 2017 Sandrine co-founded the Women Enablers Change Agent Network (WECAN) and was recognised by GreenBiz as one of the 30 most influential women across the globe driving change in the low carbon economy and promoting green business 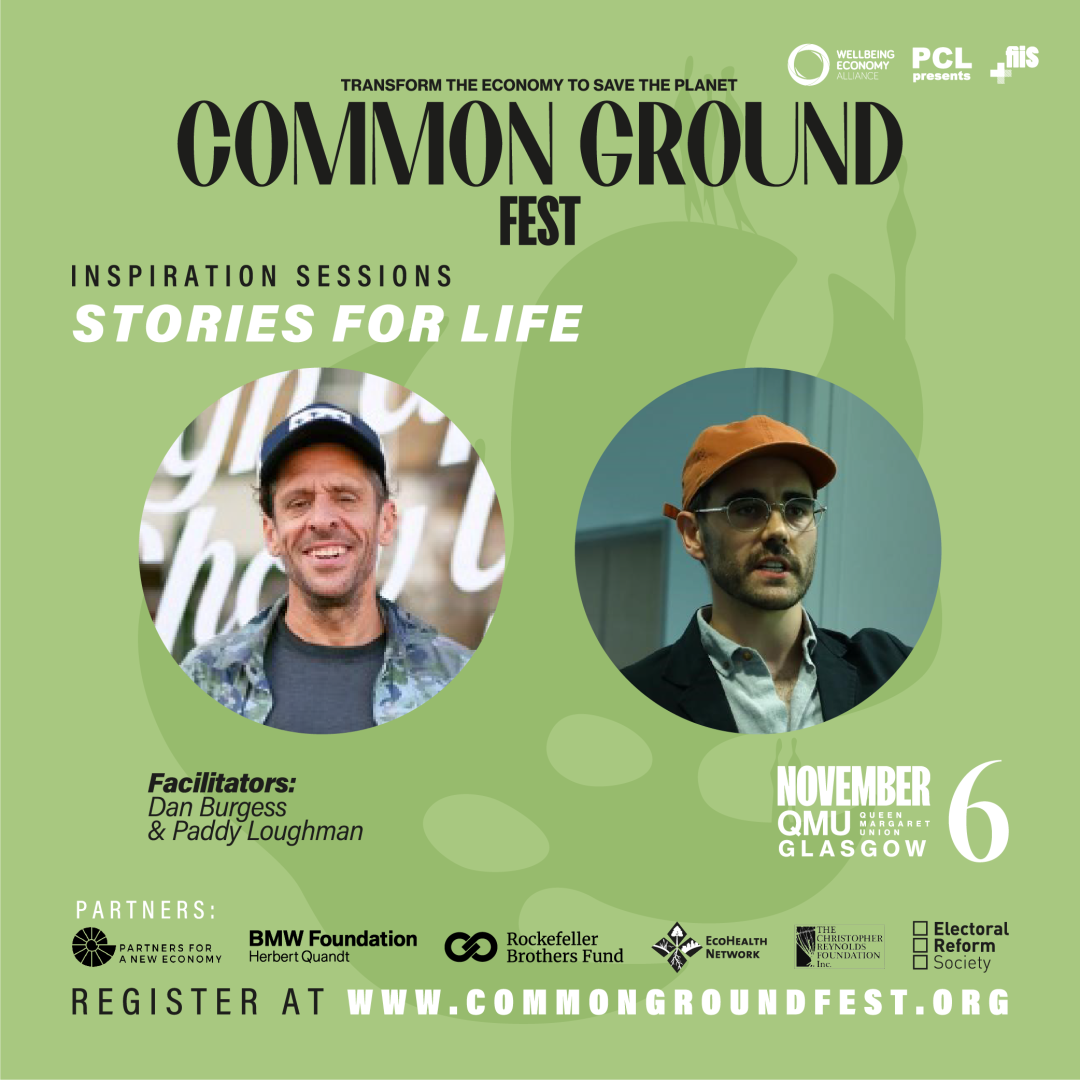 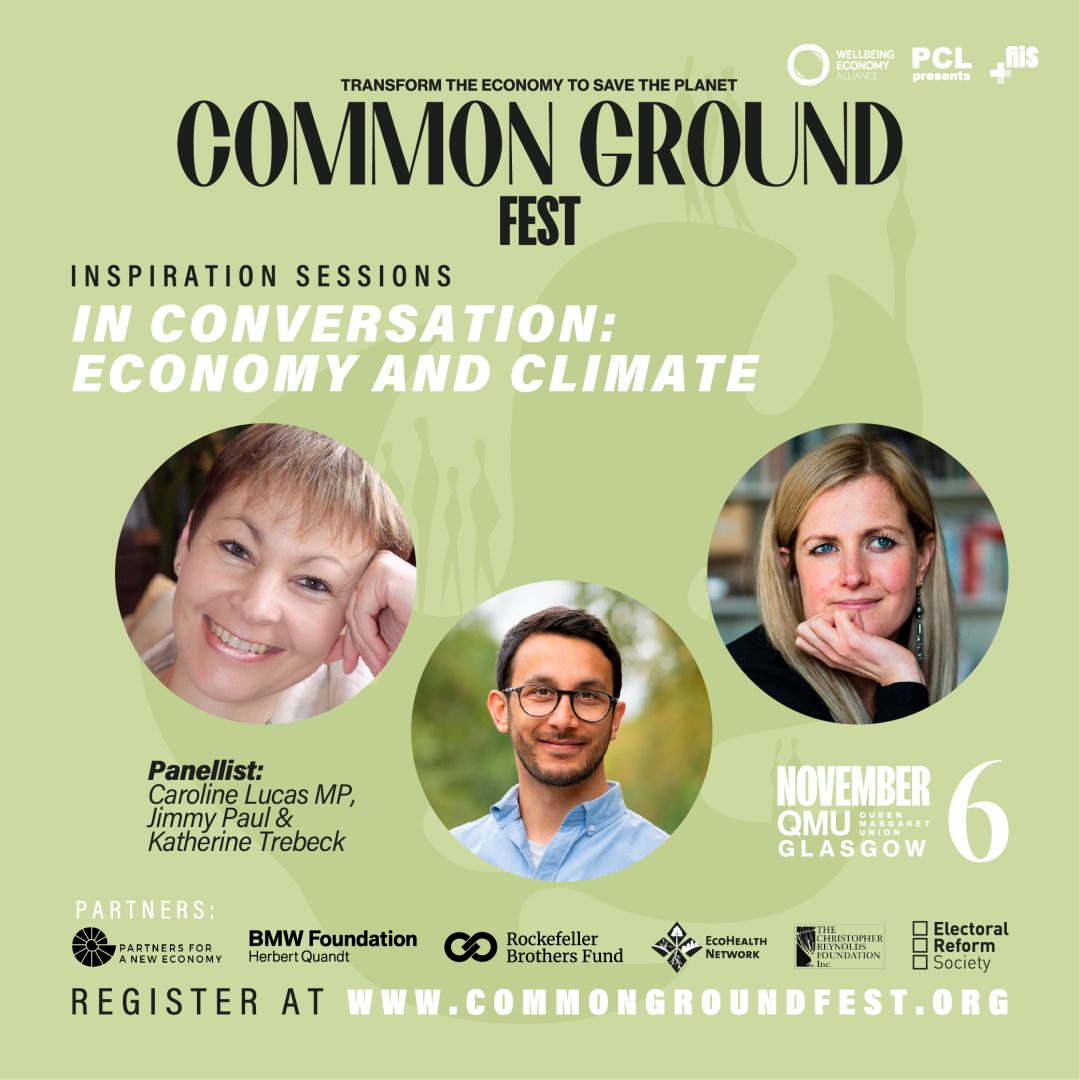 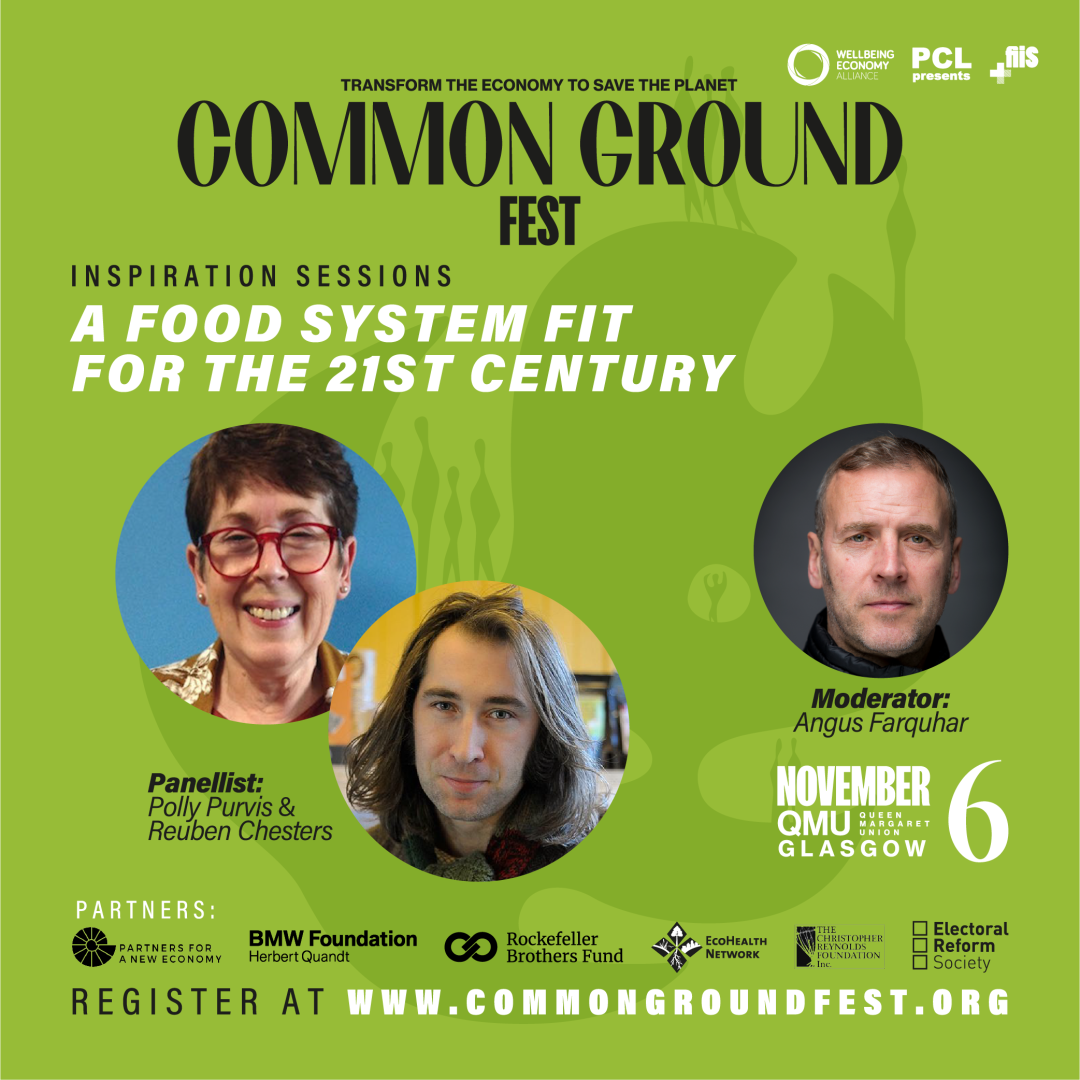 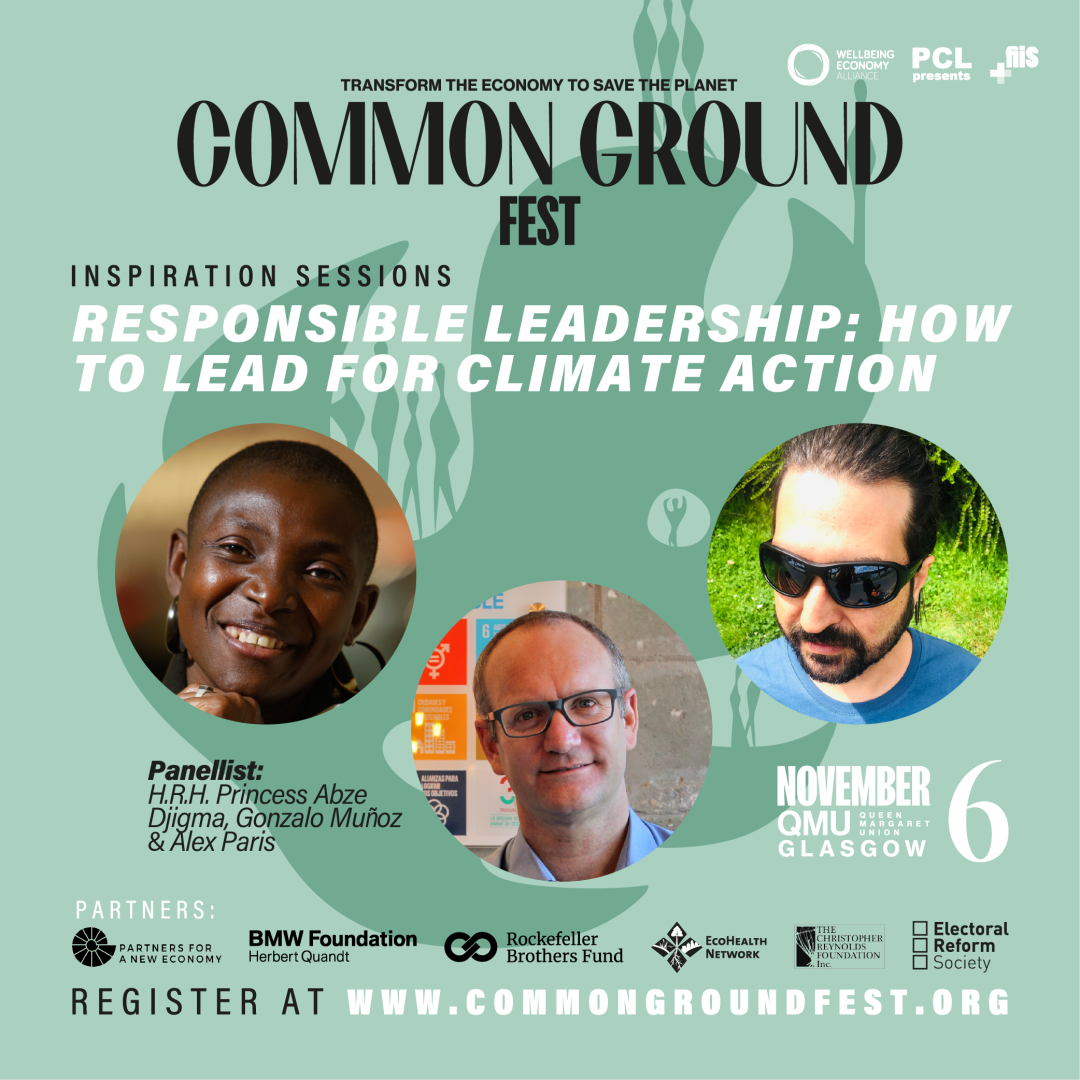